The cab driver was on the verge of giving up on this customer. He would have regretted it for the rest of his life.

The cab driver was on the verge of giving up on this customer. He’d have regretted that for the rest of his life by ANONYMOUS USER
I honked the horn as I got to the address. I honked again after a few minutes.
Because this was going to be my last shift ride, I considered driving away, but instead, I placed the car in park and knocked.

“Just a minute,” a fragile, old voice said. Something was being dragged over the floor, and I could hear it.

The door finally opened after a long hesitation. A little woman in her nineties stood in front of me. She was dressed in a print dress and a pillbox hat with a veil pinned to it as if she were from a 1940s movie.

A little nylon luggage was by her side. The residence appeared to have been vacant for years. Sheets were used to covering all of the furnishings.

There were no clocks on the walls, nor were there any trinkets or utensils on the countertops. A cardboard box in the corner held pictures and glasses.

“Would you mind carrying my suitcase to the car?” she said. I returned to help the woman after taking the bag to the cab.

She took my arm and led me carefully to the curb.
She continued praising me for my compassion. “It’s nothing,” I said. “I simply try to treat my passengers like I would like my mother to be treated.”

“You’re such a nice boy,” she said. She gave me an address and requested, “Could you drive through downtown?” as we got into the cab.

“It’s not the fastest route,” I said immediately. 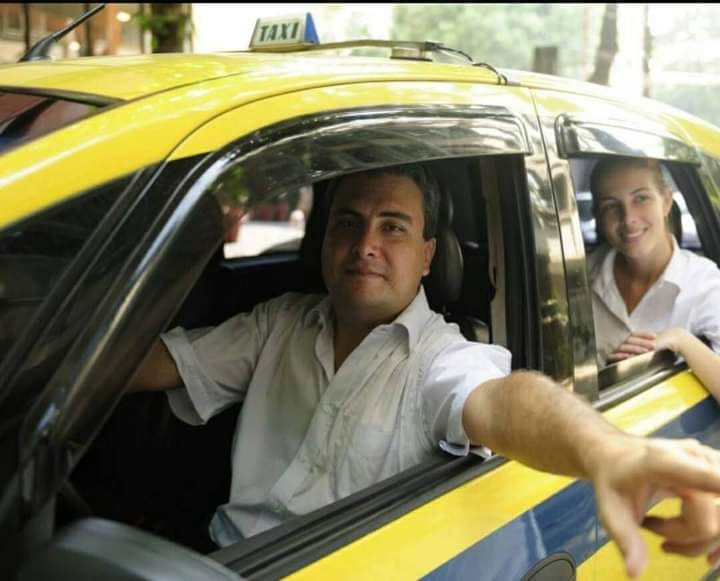 I checked my rearview mirror. Her eyes were sparkling. “I don’t have any family left,” she explained softly. “The doctor thinks I’m not going to live much longer.”

I reached over silently and turned off the meter.

“Would you prefer me to go this route?” I inquired.

We traveled through the city for the next two hours. She took me to the building where she used to work as an elevator operator.

We drove through the area where she and her husband had first married. She directed me to park in front of a furniture factory that had once served as a ballroom where she had gone dancing as a girl.

Sometimes she’d urge me to slow down in front of a specific building or corner, and then she’d sit there, looking into the darkness, saying nothing.

As the first rays of sunlight appeared on the horizon, she said, “I’m exhausted.” “Let’s get started.”

We drove silently to the place she gave me. It was a modest structure, similar to a little convalescent home, with a driveway that went under a portico.

As soon as we drew up, two orderlies came out to greet us. They were attentive and focused on her every action. They had to have known she was coming.

I unlocked the trunk and brought the tiny luggage to the door. The lady was already in a wheelchair.

“How much do I owe you?” she said as she reached into her handbag.

“You need to make a living,” she said.

“There are other passengers,” I pointed out.

I knelt down and hugged her, almost instinctively. She gripped me strongly.

“You gave an old lady a little joy,” she remarked. “I appreciate it.”

I clasped her hand before walking into the early morning light. A door behind me closed. It was the sound of a life-ending.

During that shift, I didn’t pick up any more people. I was driving aimlessly, lost in contemplation. I couldn’t speak for the rest of the day. What if the woman had received an irate driver or one who was eager to finish his shift? What if I’d refused to go on the run?

In retrospect, I don’t believe I’ve ever done anything more significant in my life.

We’ve been conditioned to believe that our lives revolve around significant events.

However, magnificent moments frequently catch us off guard—wonderfully wrapped in what others may consider a little one.

SHARE this story with your friends and loved ones to remind them how important it is to take the time to help people in need!